Charlotte Harbortown Homes, a 553 unit development, was originally completed in 1974, financed by the New York State Urban Development Corporation (“UDC”), and supervised by the New York State Division of Housing and Community Renewal (“HCR”). It receives a HUD mortgage subsidy in the form of a Section 236 interest reduction payment (the “IRP Payments”) through December 30, 2015.

Commencing in 2003 Charlotte Lake River Houses, Inc., a limited profit housing company, formed pursuant to Article II of the New York State Private Housing Finance Law and its sponsor, The Finch Group (together “TFG”) set out to create a plan for physical improvements to the property, which would not only satisfy HUD’s requirement but also reposition the property to become a viable housing option for mature adults and families within the new Harbortown section of the Charlotte area, in Rochester, New York.

TFG commissioned a physical condition survey and report. The survey commenced in November, 2003 and was completed in January, 2004. It reflected the physical condition of each unit, the buildings’ mechanical systems, components, structural condition, etc. Based on the survey’s findings it was determined that the property would require approximately $5.4 million in capital improvements to ensure the property’s physical integrity. Further review and investigation determined that the property would require an additional $1.2 million for other capital improvements to make the property more marketable, ensuring it could maintain a cohesive fit with the neighborhood and align itself with the City of Rochester’s revitalization plans.

In accordance with the City’s plan to provide housing that remained affordable, safe, sanitary and in good repair, TFG implemented an intensive program to rehabilitate and reposition Charlotte in order to make it a marketable asset in the Community.

The rehabilitation program consisted of “compliant related” improvements, as well as improvements for living comfort and marketing purposes. This program  allowed Charlotte to meet HUD’s REAC protocol requirements, while repositioning it in the Rochester rental market. Typical interior renovations to  kitchen and living areas  increased the marketability, and upgrades to the electrical, mechanical and structural components of the buildings enhanced the property’s financial position by lowering utility and deferred maintenance costs. Additionally, apartment upgrades, to attract new residents and retain existing residents, new amenities such as fitness centers, media and computer rooms, and modernized community rooms were provided. Rents  remained affordable and new residents were identified during a series of outreach programs.  The implementation of a more strict occupancy and collections policy preceded the renovations and created a more desirable tenancy.

Simultaneous to the rehabilitation plan, TFG was also focused on restructuring Charlotte’s existing debt. Through Empire State Development Corporation’s (“ESDC”)  Project Retention Effort, TFG had the opportunity to restructure the existing debt and raise the capital required to address the substantial improvements needed at the property. The ESDC Project Retention Effort was intended to preserve Mitchell-Lama properties like Charlotte and because of the availability of HUD 236 Interest Reduction Payments and the expressed need to preserve affordable housing in the City of Rochester, Charlotte took advantage of the viable opportunity to avoid foreclosure, restructure the existing debt and in turn pay for the much needed capital improvements by submitting an application for a Project Retention Loan.

In June, 2005, TFG refinanced and “resyndicated” the property, subsequently placing the “new” property in service. In September, 2007, TFG completed the 24-month rehabilitation of the property. 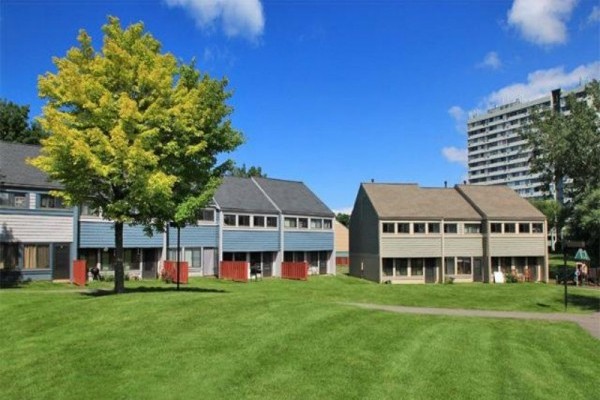