On Nov. 10, 2011,  The Finch Group (“TFG”) purchased a 144-unit, 47-year-old, affordable apartment complex, located on Puritas Avenue at West 146th Street, in Cleveland, Ohio, formerly known as Hawk’s Landing. At the time, the property was in foreclosure and as a result of a combination of age, neglect and mismanagement, had the become the single most significant blight and de-stabilizing  force on the otherwise solid, stable, working-class, centrally located Bellaire/Puritas neighborhood of Cleveland.

Hawk’s Landing was not only severely distressed with over half of its units in substandard, uninhabitable conditions, it was  also  at risk of being removed as an affordable housing resource.

In September, 2010, prior to acquiring Hawks Landing, TFG presented the City of Cleveland its thorough analysis for the complete rehabilitation of Hawk’s Landing.

Working with the City, the County, local officials and HUD among others, TFG obtained a $3.6M allocation of NSP-3 funds, a $5,490,000 HUD 221(d)(4) insured mortgage and $600,000 of City funding. With the funding in place TFG put together a comprehensive rehabilitation plan that included practically new  everything. From plumbing and lighting, kitchens and bathrooms, windows and doors, roofs and entryways, appliances and cabinetry, hallways and apartment interiors, to other unit amenities such as individually controlled air conditioning & heating; the property was completely remodeled. All two bedroom units now have all new, enlarged, family friendly kitchens. Additionally, residents can also take advantage of FREE wireless  internet connection (WiFi) that provides each resident with an estimated cost savings of $40 to $50 a month. The parking was repaved and  new landscaping including an enhanced, tranquil park was added. A state-of-the-art security system and an on-site maintenance staff that is on-call 24/7 were also added. With hard construction costs of $45,000 per unit, at completion, Hawk’s Landing was 100% new and improved.

None of this could have been possible without the support and full cooperation of Mayor Jackson’s Administration, City Counselor Marty Sweeney and the Bellaire Puritas CDC. Additionally Cuyahoga County Department of Development, the U.S. Department of Housing and Urban Development, the State of Ohio and Key (Bank) Community Development Corporation all participated in the financing.

After a decade of neglect by previous owners, very few thought that Hawk’s Landing, the dilapidated eyesore could turn into Rockport Apartments, the West Side’s preeminent quality rental property.

As a result of TFG’s collaborative work with the City, the County and the State, it was agreed that Rockport’s rents would remain affordable thus making  what was Hawk’s Landing and now known as Rockport Apartments, the newest, best and most secure, affordable rental housing property among its competition in West Side neighborhood. 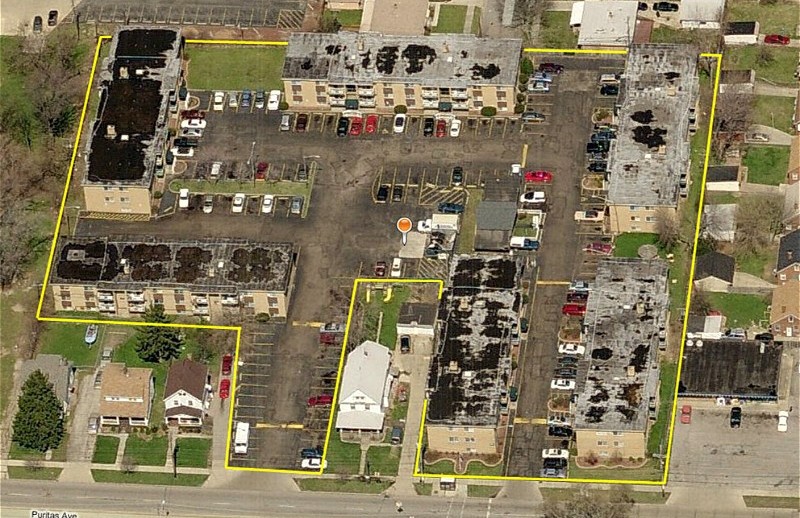 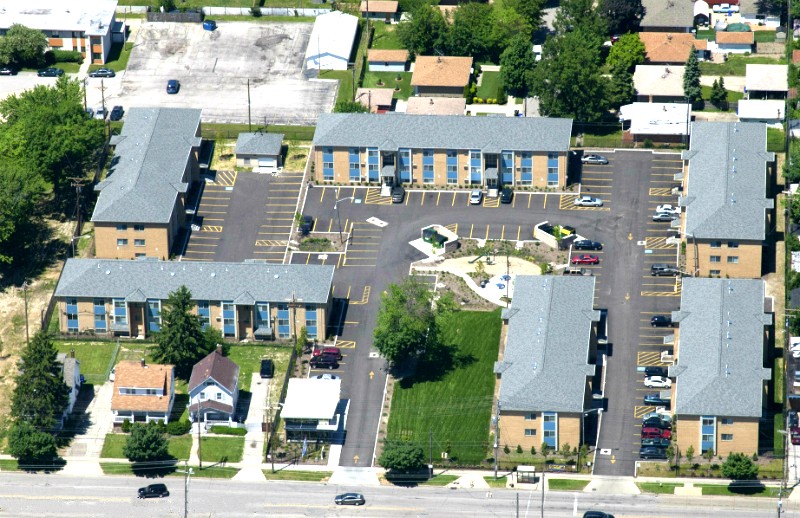