Ginger Ridge (the “Property”),  located in Calumet City, Illinois, was foreclosed on by the United States Department of Housing and Urban Development (“HUD”) in May, 1991. Between the foreclosure and the date the Property was transferred to a resident-based ownership entity on October 7, 1996, HUD had operated Ginger Ridge at a deficiency averaging $3 million annually. The Property, historically suffering from a high vacancy rate, had 435 vacant units out of 934 as of the transfer date. Vacancies, among other problems, caused the Property to become a blight on a neighborhood and community in transition. The complex was known to be a destabilizing force — with high turnover and crime rates.

In June, 1994, a working partnership of the residents, a local resident activist not-for-profit,  Calumet City, Cook County and the United States Department of Housing and Urban Development (“HUD”)  brought The Finch Group in as lead developer to rehabilitate, restructure and revitalize Ginger Ridge.

TFG acting as a co-developer with Ginger Ridge MHA, Inc., (together the “Developers”), had two main goals for the physical rehabilitation of the Property. One: to reduce the density of Ginger Ridge, two: to enlarge unit sizes to accommodate the general area demographic. In order to achieve this, five buildings (three of which had been vacant) were demolished to open up green space, 26 buildings were reconfigured, and a new building was constructed to house a community center. Efficiency units were combined to form larger units, including two- and three-bedroom townhouse units. In the new Property there are a total of 469 renovated units, with square footages ranging from 640 to 1,558 square feet.

After significant pre-development design, value engineering and contractor input, it was determined that it would be more practical to create townhouse style homes, by combining smaller units within existing buildings. By designing units that went “up” rather than “sideways”, the Developer:

Construction commenced in September, 1997 and was estimated by the general contractor to take 20 months to complete. The swift and efficient relocation of all current residents within the complex was crucial to keeping on the 20-month schedule. A detailed relocation plan was formulated by the MHA’s managing agent, Signature Housing Solutions (“Signature”), a company associated with TFG. Initially it was thought that the HUD Section 104 displacement regulations applied, generating a $3.2 million relocation budget. It was subsequently determined that the appropriate temporary displacement regulations applicable to Ginger Ridge were those of the Uniform Relocation Act (“URA”). The plan implemented offered permanent relocation benefits to any person not offered a unit after rehabilitation, economic displacement benefits to people earning between 50% and 60% of median income, and temporary relocation benefits to those residents who were required to move once or twice on site. Because of this thoughtfully structured relocation plan, the actual relocation expense was reduced to approximately $1.86 million. The portions of the $3.2 million budget not spent on relocation were retained by HUD.

In June, 1999, Ginger Ridge, a 469-unit property owned by its residents, through an Illinois non-member not-for-profit reached substantial completion of its $32,000,000 revitalization 3 months ahead of schedule and $1,000,000 under budget. The one bedrooms average 647 square feet, two bedrooms – 938 square feet and three bedrooms – 1,514 square feet. Because throughout construction a well- conceived, thoughtful relocation program was implemented, the occupancy at the date of substantial completion was 84%. The resident population is stable, police calls are below average and school attendance has increased.

Today, Ginger Ridge remains at over 95% economic occupancy, its units are the largest and best in its geographic area, rents average 12% below its competition, its daycare and other resident services are the cement for a stable occupancy and it has significant reserves. The property continues to be run, under the guidance of TFG, by the Board of Ginger Ridge MHA, Inc 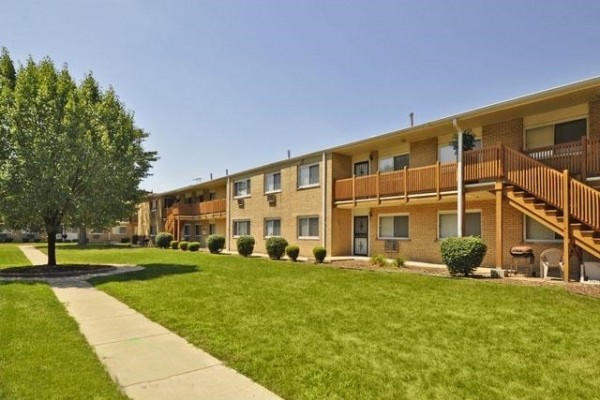